What is a Land Survey?

By Ludlow Engineering on January 9, 2016 in Utah ALTA Surveys

What is a Land Survey?

Surveying has been an essential part of civilized life for nearly 5,000 years. A land survey is required for almost every kind of building or construction project for the purposes of defining the legal boundaries for land ownership.

One of the primary roles of a land survey is to find the boundary of a person’s property. A land surveyor researches legal documents that have a description of the boundaries for that particular piece of land.  The land surveyor follows the given description to physically locate one of the points as described.  Once an existing marker has been identified, measurements are taken from that existing point per the legal description until the second point has been located.  A marker, called a monument, is then placed at that point.  The process continues until the entire perimeter of the land under survey has been measured per the legal description and marked with monuments, either natural or artificial.  Now the owner knows what land is his. a new marker at that location. These markers are called monuments.

The two different types of monuments that may be used in a land survey are natural and artificial.  A natural monument could is something that occurs naturally on that piece of ground, such as a tree, large stone, or any other obvious and naturally occurring object or marking that was already existing on the piece of land prior to the land survey. Artificial monuments are anything used to identify boundaries that have been placed there by people such as a landowner, engineer, or surveyor. However, don’t be deceived by the name artificial.  An artificial monument could still be a tree or rock.  The key is if the tree or rock existed on the land before or after the landowner purchased or came into possession of the land.  Artificial monuments are also identified as pins, pipes, stakes, concrete monuments, or whatever the land surveyor deems to be a substantial enough relatively permanent marker that can be identified easily and is within regulations for the area. In general, a natural monument, because it is more certain in identification and less likely to be disturbed, will override an artificial monument in the event of a dispute in a court of law.

Another common way to determine boundary lines and monuments is called Extrinsic Evidence or evidence from another source outside of the existing written documentation.  Extrinsic Evidence is used when previous monuments are no longer identifiable due to time, acts of nature, or disturbances by people through vandalism or development.  Examples of Extrinsic Evidence are existing fences, wood lines, nearby monuments on other property and even recollections of people.

View all posts by Ludlow Engineering →

Just who and what are land surveyors?
A Perfect Description Of An ALTA Land Survey 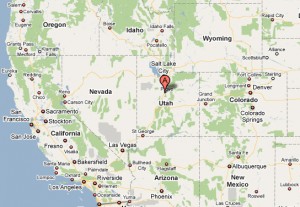 Included Are These States